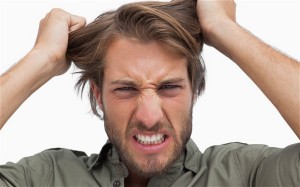 A temper does not look good on anyone. Being quick to anger is never a positive attribute of someone’s personality. In fact, it is an attribute that frequently drives people away because of how destructive it is. A study out of the University of California estimates that one in five North Americans have a serious anger management problem. Unfortunately, anger problems are not typically taken as seriously as they should be in our culture. A majority of people who have anger problems are still functional, and therefore are not properly encouraged or accommodated to receive anger management counseling. There is a great deal of awareness that needs to be gained for what anger problems are and where they come from.

Everyone gets angry from time to time. A degree of anger is healthy and normal. There are life elements that warrant an angry reaction, for example, when you have been wronged by someone else. Serious anger problems, however, are bursts of anger that are not warranted, occurring too frequently and too explosively. When someone does not have the ability to deal with their anger in a healthy manner, they have a real anger problem. However, anger problems are often just a side effect of a more deeply rooted problem, such as a mental disorder. Anger is a common attribute of depression, ADHD, bipolar disorder and anxiety, as well as many others. People develop anger problems because they cannot cope with life circumstances. Anger is one of many modes that people turn to in order to express the inability to cope, along with addiction, depression, fear and manic behavior. It is a very common one to turn to for those who were raised by people with anger problems.

If you wish you could control your anger problems but your own efforts seem to fail you, there is a very good chance you are in need of anger management counseling. There is no shame in seeking help. A third of North American society has some kind of mental problem, and caring professionals are eager to help you get yours under control.